Henry Wrinkler One Dog's Story from Bald to Beautiful!

In late March, the Sacramento SPCA received several dogs with severe skin conditions – NINE of them, to be exact. Dubbed the ‘Nifty Nine,’ the pups were found to have serious cases of Demodectic Mange, also known as Demodex. This parasite lives in the hair follicles of dogs, and for most dogs with healthy immune systems, does not cause an issue.

However, mom and her eight puppies came to us with severe cases, likely due to poorly functioning immune systems. Shortly after their arrival, our Shelter Medicine team confirmed the Demodex diagnosis and started treatment. Depending on the severity of the condition, treatment for can take weeks or months to resolve. Thankfully, demodex is not contagious to people or other animals.

But that was not our only hurdle to overcome! Having spent the majority of their lives outside, these dogs were not familiar on normal ‘house’ manners – leash training, potty training, and socialization with other dogs, cats and kids. We had our work cut out for us!

Time to call in reinforcements – foster families to the rescue!

Henry Wrinkler was one of the lucky pups that left for his foster home shortly after arrival. Pink, wrinkly, and smelling of a cross between stale Fritos and old shoes, Henry had a long way to go. Despite his condition, he was sweet and curious about the new world around him – a world that included three dogs and two cats! 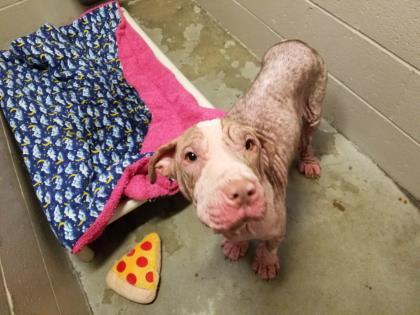 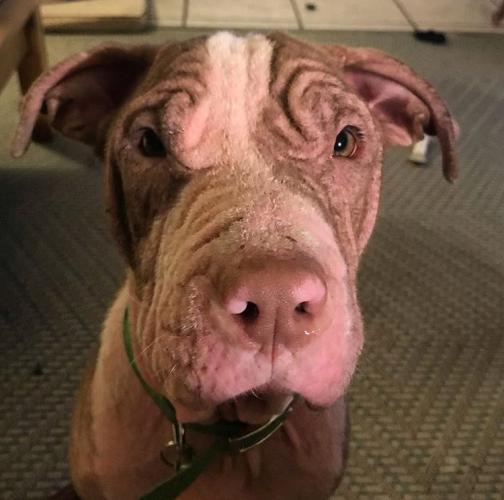 Henry’s foster home was more than familiar with Demodex, having treated and adopted two other dogs with the condition. Henry loved his new friends – two Dachshunds and an Olde English Bulldogge mix. He experienced his first taste of human food (a popsicle!), stopped to smell the flowers, learned how to sit and walk on leash, and even enjoyed his first “Yappy Hour!” 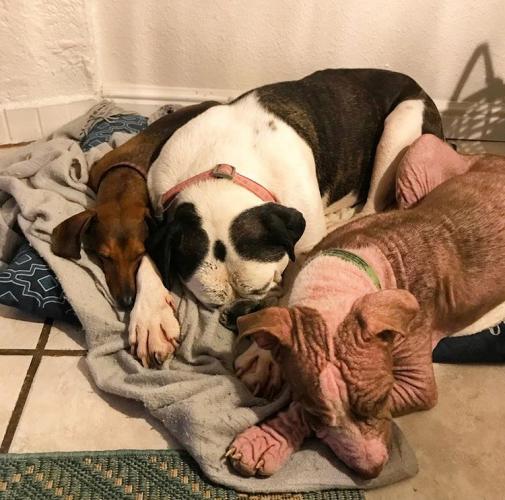 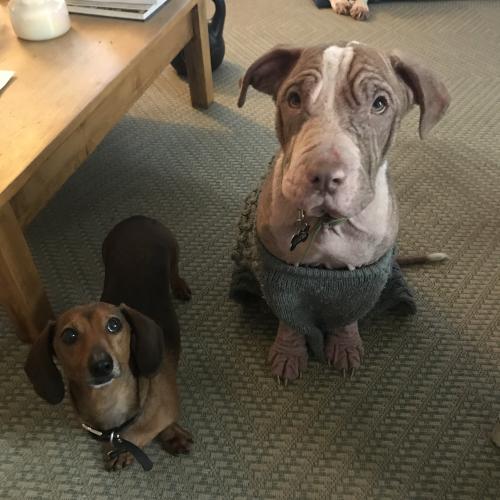 About two months later, Henry was ready to graduate to his next step in life – his new family! One of the hardest parts of being a foster parent is saying goodbye. His foster family was sad to see him go, but happy to have helped shape the wonderful dog he had become. And, by not adopting him, the family still has space to foster the next “Henry” that comes to the Sacramento SPCA. 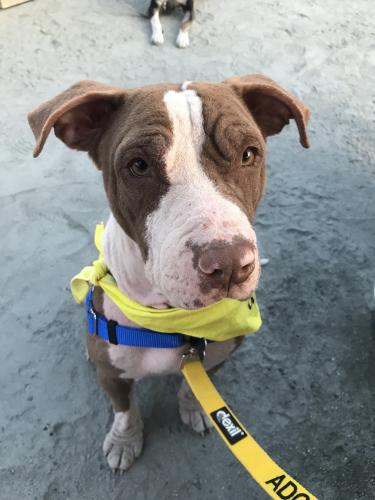 Henry spent only two days on our adoption floor before finding his new mom and dad. To think this once pink, wrinkled dog had progressed from an outdoor only pup, to a well-rounded, socialized teenager! 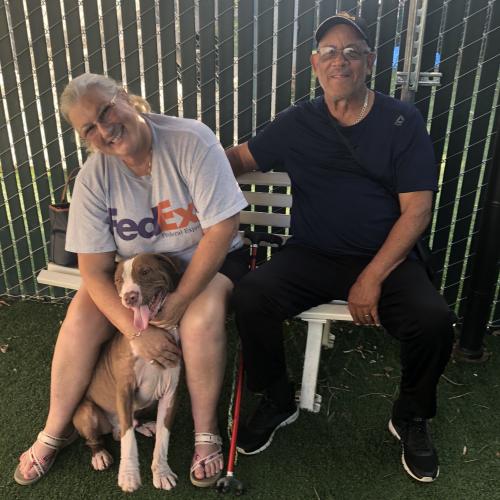 You too can help make a difference in the lives of dogs like Henry.

I was their adoption counselor. Wonderful family. They originally came in for a "small" dog. They saw Henry and that was it! BTW the family's last name is Cunningham! We all had a good laugh! 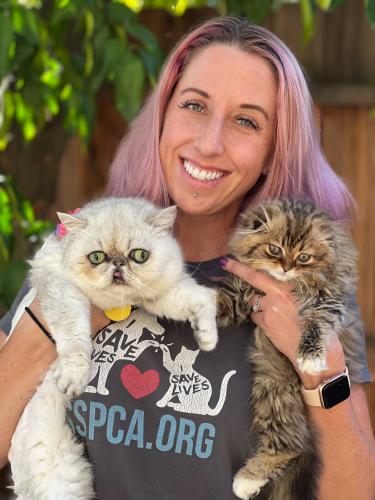 I was their adoption counselor. Wonderful family. They originally came in for a "small" dog. They saw Henry and that was it! BTW the family's last name is Cunningham! We all had a good laugh!