GOOD DAYS AHEAD SCARLET & HER PUPPIES 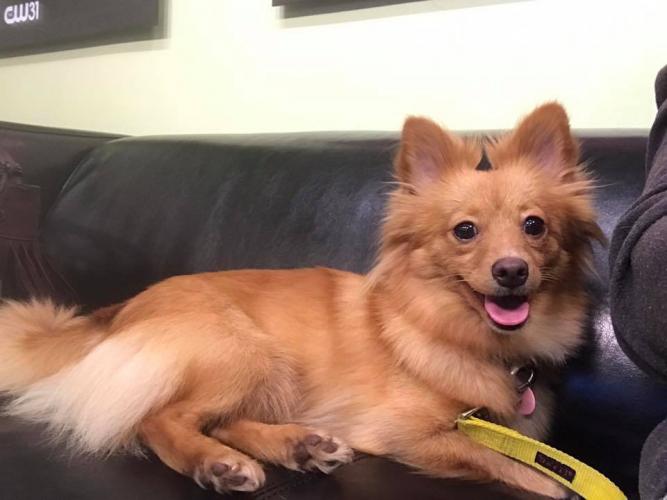 There’s a good chance you are already familiar with Scarlet and her three adorable puppies, especially if you watch Good Day Sacramento or follow the Sacramento SPCA’s social media feeds.  If you haven’t had the pleasure of following this sweet family’s journey after arriving at the Sacramento SPCA, it’s not too late to jump aboard.

Scarlet (a one-year-old Pomeranian Chihuahua mix) and her three small babies were surrendered to the Sacrament SPCA (along with another female and two puppies) in late April after their owner became overwhelmed with providing care for two unplanned litters.  Since both sets of puppies were only a week or two old, both families were placed into foster care. 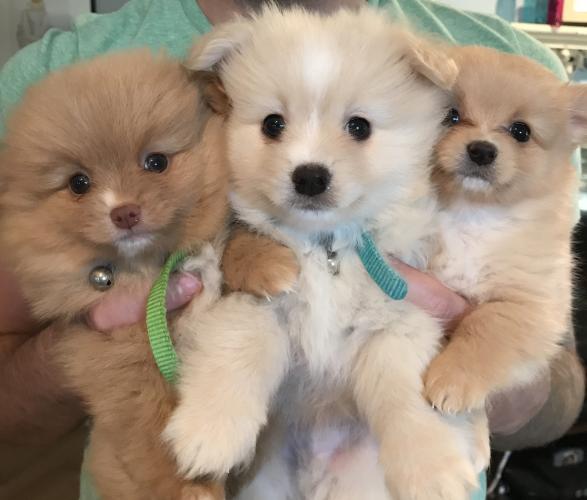 Around the same time that Scarlet and her darlings (one male and two females) arrived, Good Day Sacramento decided it was time to add a new member to the morning news team, a Good Day Puppy.  The news director reached out to the shelter with interest in adopting a dog, which would then regularly accompany him to the news studio and be the Good Day Canine Ambassador.

Because Scarlet’s story is one that we see often at the Sacramento SPCA, a young mother with underaged babies suddenly displaced due to an unplanned pregnancy, the timing was perfect.  We would share Scarlet’s story with the community through the partnership with Good Day Sacramento - educating the public on the importance of spaying/neutering pets, vaccinations, important things to consider before adopting a puppy, behavior and training and nurturing lifelong pet relationships.

Over the last four weeks, Good Day Sacramento viewers have followed Scarlet and her puppies on a wonderful journey.  They participated in choosing which of Scarlet’s puppies would join the Good Day Sacramento team (the male) and also selected his name, Blue.  Viewers were even invited to watch these little sprouts grow and become more active each day by watching the live puppy feed televised from their foster home.

Scarlet did a wonderful job raising her puppies while in foster care, but the time had come for her to leave the nest and settle in with a new family of her own.  After she was spayed at the Sacramento SPCA’s low-cost Spay/Neuter Clinic (to prevent any future accidents), Scarlet joined her new adopted family last week.

We are happy to announce that the puppies are now big enough to be spayed and neutered and are scheduled for surgery next week.  As mentioned, Blue will be adopted by the news director and join the Good Day Sacramento team.  His two litter mates, Piggie and Mouse will also be available for adoption following surgery.

To learn more about how you can adopt Piggie or Mouse, watch Good Day Sacramento and follow us on Facebook - we will announce when applications are available for these two sweet girls next week.