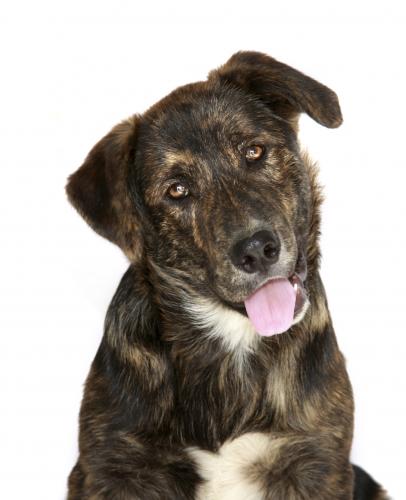 Each breed is descended from a limited number of dogs. Because breeders have sought to create animals that have certain fixed attributes, many purebred dogs today are inbred. Genetically this means that, while all purebreds do not have significant health problems, they are predisposed to a range of hereditary and congenital diseases, including skin and eye conditions, allergies, various cancers, cardiac problems, and abnormalities in the kidneys and other organs.

A 1994 Time magazine article on the effects of over breeding reported that as many as 25 percent of the 20 million purebred dogs in the US are afflicted with a serious genetic problem.

Mixed breeds, on the other hand, have something called hybrid vigor. When you mix two or more separate gene pools, the recessive genes that carry the health problems are buried. As a result, you often get a healthier animal. Simply put, mixed-breed dogs are, in general, healthier than their purebred cousins and typically require fewer visits to the veterinarian.

Mixed-breeds are often more temperamentally sound than purebreds. Not all Chows are aggressive, not all Cockers have a nervous tendency to bite, and not all Retrievers are gentle, but generalizations about breed temperament often hold true, at least to some extent. Mixed breeds are typically less extreme temperamentally. Character and behavioral traits do manifest in mixed-breed dogs, but in a diluted form.

There is a final, compelling reason to adopt a mutt rather than a purebred. Our shelters are filled with primarily mixed-breed dogs in need of good homes. With the tragedy of pet overpopulation still far from being solved, we encourage everyone to adopt a shelter pet and save a life, simply because there are not enough loving homes available for all of the homeless pets that enter shelters annually.

In the Time magazine article cited above, syndicated animal columnist Mike Capuzzo noted, “Mutts are the Hondas of the dog world. They’re cheap, reliable and what nature intended in the first place.”

Article courtesy of our friends at Peninsula Humane Society.