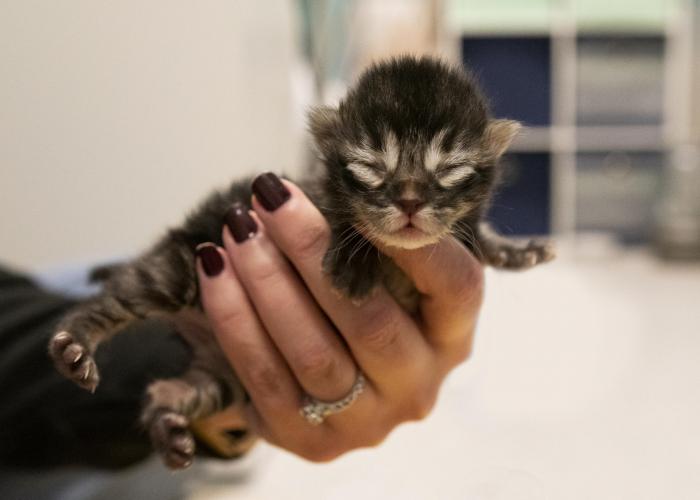 Since April 1, the Sacramento SPCA has seen a 500% increase in the number of underage kittens (younger than six weeks) come in to the shelter versus the same time period last year.

While most of the public programs are currently suspended at the Sacramento SPCA due to mandates surrounding COVID-19, we are receiving a record number of stray kittens being abandoned in front of the shelter or dropped off by local citizens who are trying to help.

“Because the city shelter on Front Street and county shelter on Bradshaw are limiting stray animal intake due to COVID-19, we are seeing more stray animals in crisis – especially kittens – arriving at our doors,” said Sacramento SPCA CEO Kenn Altine.

We typically care for more than 600 underage kittens each year, with about 10% of the kittens being under 6 weeks of age and arriving without a mother to feed them. With the number of these neonatal kittens already nearly exceeding the annual intake, we are bracing for an overwhelming kitten season.

“We need the public’s help to address this issue – in education on leaving kittens in place, in becoming ‘bottle-baby’ fosters, and in supporting our spay/neuter programs through donations,” Altine said. “The needs of animals were not put on hold during this pandemic. We may be closed to the public, but we are always here for the animals. We are the only haven for unwanted animals and owners in crisis who need to surrender a cherished pet, regardless of its age, breed, health or behavior.”

The Impact of Suspended Spay & Neuter

In addition to an increase in stray animals abandoned at the Sacramento SPCA, there is another looming concern: with spay & neuter programs suspended for the last month due to COVID-19 and potentially into the next month, animals that would have been altered are now able to reproduce, compounding the current animal overpopulation problem.

The Sacramento SPCA operates the 7th largest spay & neuter clinic in the nation, altering more than 18,300 animals annually and preventing hundreds of thousands of unwanted animals from entering our region’s shelters. The clinic altered 11,867 cats and kittens in 2019, including nearly 4,000 additional cats that were altered during the our Feral Cat Clinic offered each Sunday.

With these services being suspended in April and potentially longer, public animals and community cats have been left with the opportunity to reproduce and overwhelm a region that already needs more access to spay & neuter capacity.

The potential magnitude of this crisis is still uncertain, but with growing animal overpopulation, limited shelter capacity and animals requiring resources beyond the community’s capacity, concerns are rising.

What to Do When You Find a Kitten 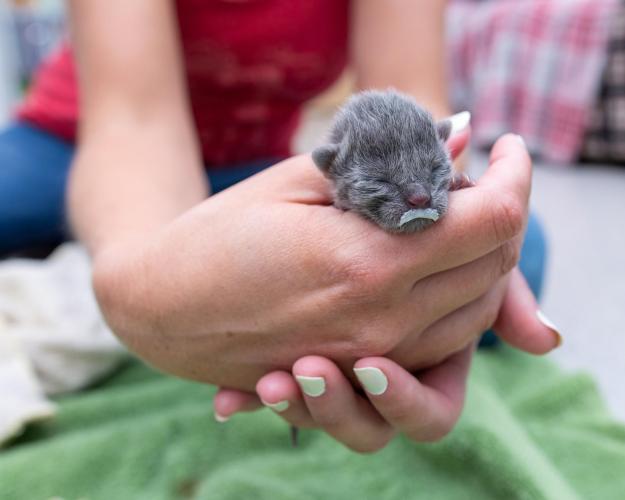 All local animal shelters recommend leaving the kittens where you found them. In most cases, the mother is nearby or out hunting and will return shortly. Kittens have a much better chance for survival with their mother, so moving them should only be considered if they are in a life-threatening or dangerous location.

When in doubt, follow this kitten guide for specific steps you can take to give the kittens the best chance for survival; how to determine their age; and when to get involved, including  fostering them yourself.

How the Community Can Help. 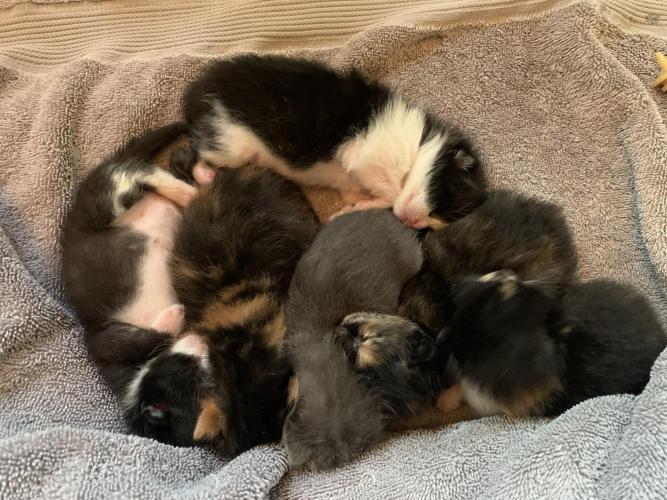 Because the shelter is currently receiving more neonatal kittens requiring specialized care, we are actively recruiting fosters with previous “bottle baby” experience to help with the current and impending kitten storm. As these young kittens transition from bottle feeding to wet food, they can be moved to other foster homes until they are old enough for spay & neuter and adoption.

Foster parents experienced in caring for neonatal kittens are encouraged to contact the Sacramento SPCA at catfosterrescue@sspca.org.

As the only full-service 100% non-profit animal shelter in the Sacramento region, the Sacramento SPCA relies on donations from individuals, businesses and foundations to support their work. We are local, independent, and do not receive funding from state or local government agencies.

And with the closing of the Sacramento SPCA’s public programs, the revenue that provides a significant part of our income has disappeared. We are asking the community to make monetary donations to ensure that we can continue to support animals and people whenever and however needed, including providing critical supplies like formula, bottles/nipples and wet food to foster families during kitten season.

Donations can be made online or by mail to: Sacramento SPCA, 6201 Florin Perkins Road, Sacramento, CA 95828.